There is no doubt that Eugène Delacroix is one of the great master painters. In fact, his work went on to inspire other generations of talented artists such as Matisse, Picasso, Cézanne, and Renoir, etc. Located in Paris, the National Museum of Eugène Delacroix celebrates his life, work, and legacy. In this article, we'll take a brief look at the artist's life, the story behind the Museum's conception, as well as their unique collection! 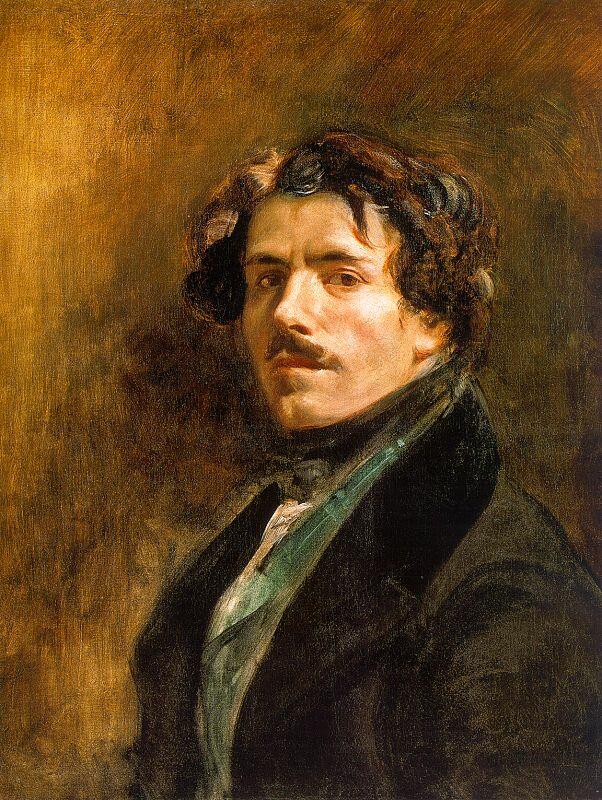 Delacroix, like many creatives, was filled with dramatic contradictions. Although he was conservative, his work was considered by some to be controversial. Notably, his art is characterized as being part of the French Romantic school of painters. What is the Romantic Movement? In short, Romanticism was all the rage in Europe in the mid 19th century. It embodied the individual, praised emotion, and waxed nostalgic about the past. Sound familiar? This movement spilled over into all of the arts, including music, literature, and architecture. Important to note, Romanticism even impacted archeology, sociology, philosophy, and politics!

Fortunately for Delacroix and his siblings, they had a privileged upbringing. As their father, Charles, was the Minister of Foreign Affairs for France. Early on, his gift for art was evident. As a result, Delacroix won awards for his drawings when he was a teenager. However, his first major work was 'La Barque de Dante', it was submitted for the opening of the Salon in 1822. Criticism varied wildly.

Perhaps Delacroix is most known for his painting 'Liberty Leading the People'. Inspired by the Revolution in 1830, the work features a bare breasted Marianne (a female symbol of the French Republic) holding the tricoloured French flag, and leading men into battle. Also featured in the painting, are the dead, the human sacrifice of liberty. While the French government bought the painting in 1831, they considered to be too controversial to show publicly. Although it was briefly exhibited in 1848 and again in 1855, the canvas was mostly kept out of view. Finally, the painting officially became part of the Louvre's collection in 1874, where it can still be seen today.

Interesting to note: Delacroix's is buried at Père Lachaise Cemetery in Paris.

Delacroix passed away at his home in 1863. However, it wasn't until the 1920s that painter, Maurice Denis, founded the 'Society of the Friends of Delacroix'. Ironically, none of the members actually knew Delacroix personally. But it's the thought that counts, right? Their mission was to preserve the artist's last studio and residence on rue Fürstenberg, Paris. In the end, their efforts paid off and Museum officially opened in 1932, under the name of 'Delacroix Studio'. Later, the gallery became a National Museum of France in 1971.

Although there is evidence that Delacroix had plans to renew his courtyard garden, no designs or sketches exist. In 2012, the gardens were restored thanks to Kinoshita, a Japanese company. Keeping with historical accuracy, and inspired by Delacroix's love of nature as well as his letters, loving attention was paid to the project. In fact, the Head Gardener of the Tuileries, Pierre Bonnaure, lent his expertise to the project. Today, Delacroix's gardens are both beautiful and inviting. What wonderful place to relax in the heart of the city! We can't help but wonder what kind of musings he had while peacefully sitting there... 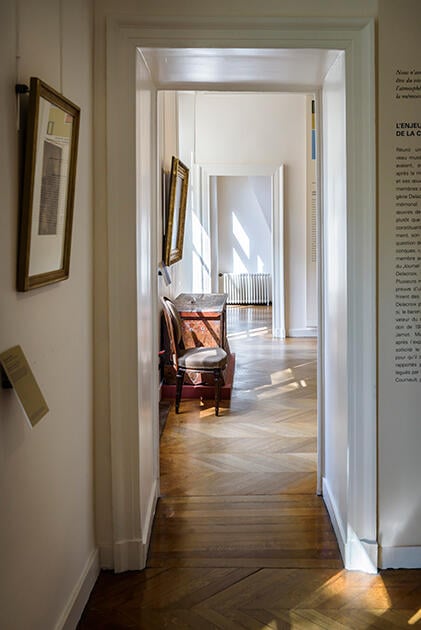 photo by the National Museum Of Eugène Delacroix

The Museum houses over 1,300 works of art by Delacroix, including paintings, prints, drawings, and various objects that belonged to him including letters. Also, the collection contains works done by artists who were influenced by him, such as Manet, Denis, Géricault, etc.

photo by the National Museum Of Eugène Delacroix
Documentation & Resources

In addition, the Museum houses a Documentation and Resource Center that is open to the public by appointment only. Unlike other museums, professional credentials are not required. Art lover? Delacroix enthusiast? You're in! The library has over 2,200 publications. Also, the documents are classified under the following themes: 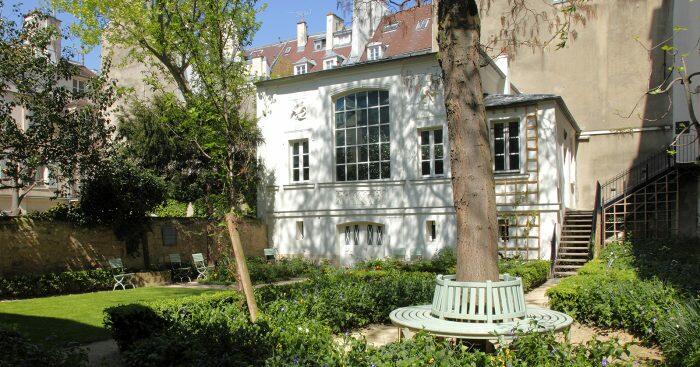 photo by the National Museum Of Eugène Delacroix

Your Visit to the National Museum Of Eugène Delacroix

We can't think of a more delightful way to while away the hours in Paris than to start the day with a stroll through the Luxembourg Gardens, then finish with a visit to the National Museum Of Eugène Delacroix. But be forewarned, you will be charmed!

*The Museum is open until 9:00 p.m. on the first Thursday of every month.

Good to know: Both the National Museum Of Eugène Delacroix and the Louvre have partnered to offer a 15€ ticket that includes access to both museums. Don't forget to take advantage of this amazing deal!