Unmissable: the top exhibits at the Louvre Museum

The Paris Pass has asked four Paris-based bloggers to give us their tips and hints about the best exhibitions and things to see in the Louvre Museum. As the largest museum in the world it’s believed that it would take 100 days to be able to see every piece of art hung across the many galleries – an indication of just how much there is to see! With the help of these four bloggers, we’ve whittled down the what-not-to-miss exhibitions on your visit to the world renowned Musée du Louvre. Take it from the Parisians, they know what they’re talking about! Parisianist Our unmissable exhibit at the Louvre museum is actually a room. The Cour Marly is truly a fascinating place, where world famous sculptures blend seamlessly with the Louvre’s stunning architecture. Most of the white Carrara marble statues exhibited were ordered by 17th century French king Louis XIV to decorate the Marly Palace. Bathed in natural light coming from a glass ceiling, the Cour Marly is a quiet area far from the crowds and a perfect place to take a break. It becomes even more magical once the sun sets… 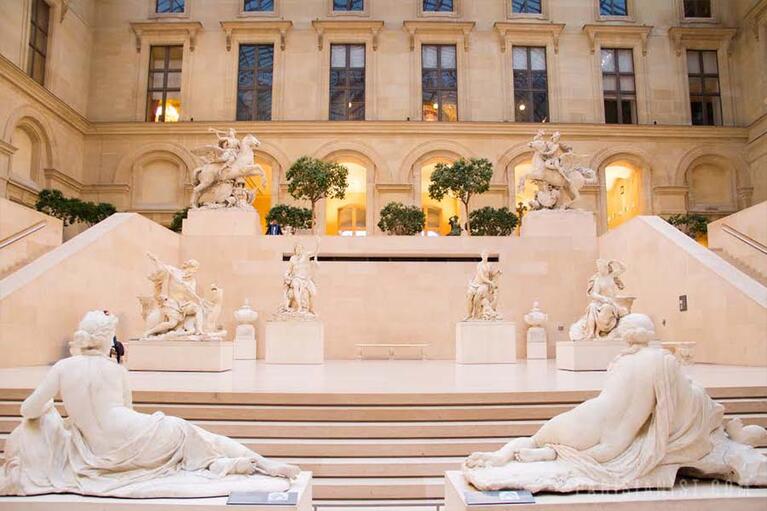 Les Musées de Paris I’ve lost track of the number of times I’ve visited the Louvre, and of the number of exhibits I’ve seen. But none can compete with the Salle Mollien, the stunning hall filled with masterpieces of French Romanticism. There’s no room in the museum I’ve spent more time in, and no collection moves me more. I love the Romantics partly for their profound depictions of passion and emotion, portrayed in faces, bodies and even nature. I love them for their exquisite use of colour and political or allegorical subjects. I love Delacroix’s generation-defining La liberté guidant le people and Ingres’ intimate La Grande Odalisque. But my favourite is Géricault’s monumental Le Radeau de la Méduse, the representation of the hellish real-life story of desperate shipwreck survivors perched on a makeshift raft. The painting serves up a visceral scene of suffering, yet despite Le Radeau de la Méduse’s inherent violence, the eye is drawn to the figures waving at a point in the distance: the possibility of hope. 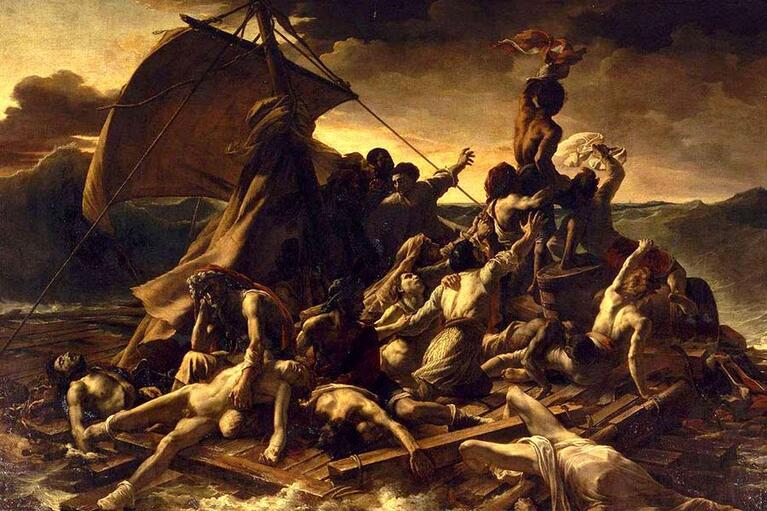 Louvre-Passion "A curiosity at the Louvre" - this work from the mid-sixteenth century is a double-sided painting by Daniele da Volterra (1509-1566). It was created in 1550-1555 and is called “The battle of David and Goliath”.  In 1550, Italian painters and sculptors argued about their art. What was the most important, painting or sculpture? Volterra wanted to show the superiority of painting and painted this work on both sides of a 440-pound slab of slate. The piece was offered to King Louis XIV and installed on a swivelling base, so the king could look at both sides while seated in his armchair. Nowadays “The battle of David and Goliath” is displayed in the “Grande Galerie” of the Louvre museum. 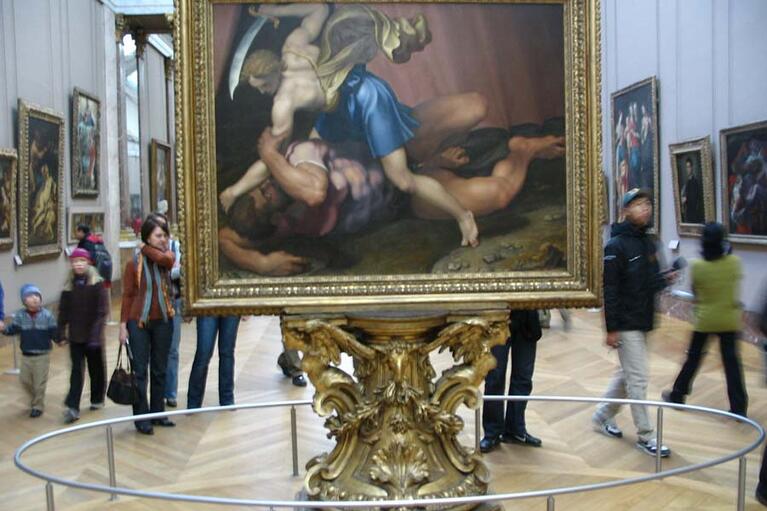 The Culture Trip The imposing figure raised high above the spectators, standing tall in a staircase of its own - the Winged Victory of Samothrace is a spectacular sight. The goddess Nike dominates the space in a celebration of sea battle, her graceful balancing act of stillness and violence assuring us of victory. Although made of marble, the astonishing craftsmanship lends the sculpture a light, dynamic spirit where stone becomes silk, and the halls of the museum transform into a fleet upon treacherous seas. This Hellenistic masterpiece, created around 200 BC and retrieved from the Aegean island of Samothrace, is an unmissable part of the Louvre, and a real treat for anyone interested in Ancient Greece. 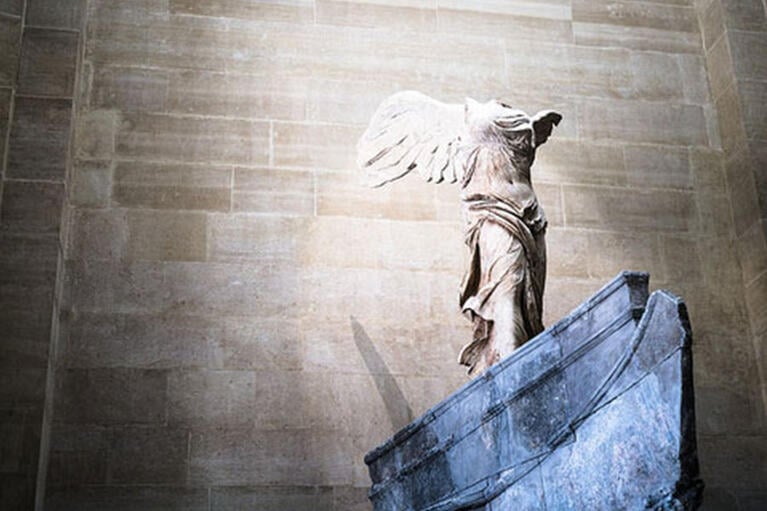 20 Interesting Facts About the Louvre