Nestled in the countryside southwest of Paris, the National Museum of Port-Royal de Champs remains as a testimony to a long defunct religious order and Medieval Abbey. What exactly was so scandalous that made the King of France expel the nuns and eventually destroy the nunnery? In this article we'll uncover the remarkable history of the Abbey, as well as take a peek at the Museum and its noteworthy collection! 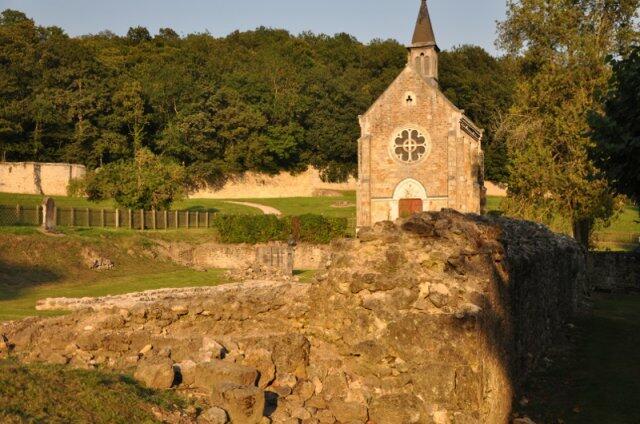 photo by the National Museum of Port-Royal de Champs

To begin, the Port-Royal-des-Champs Abbey was founded in 1204 by Mathilde de Garlande. Being a wealthy noblewoman, she was able to finance and lead the project independently. Her objective was to build a religious convent for nuns. With the help of the Bishop of Paris, her project was well received by the Medieval Catholic Church. As Garlande's husband was killed during the Crusades, perhaps she wanted to dedicate her life to the betterment of the lives of women in her community? Either way, because of her, the Abbey became self-sufficient. And it was truly a Cistercian religious order. That is to say, a holy place where nuns could dedicate themselves to religion while also living modestly off of the land in solitude. They were fully autonomous. Consequently, they grew their own crops and took care of themselves.

The Beginnings of Jansenism in the 17th Century

Perhaps the Abbey is most famous for the change in doctrine that happened in the mid 17th century. At that time, Marie Angélique Arnauld was the Abbess. Under her influence, the order embraced Jansenism. In short, Jansenism was a Catholic sub-sect that embraced a return of values that were present in early Christianity. In essence, it argued that humans could not follow the commandments of God, try as they might, because they are inherent sinners. Named after Dutch theologian, Cornelius Jansen, he passed away before he knew what kind of controversy his book, 'Augustinus' would cause. Maybe that's for the best...

At that time, everything seemed to be going very well at the Abbey. The nuns opened a school for children, and taught subjects other than religion, such as: reading and writing, Ancient Greek, Latin, poetry, geography, and history. Also, the Abbess allowed non ordained men and women to stay at the Abbey. It was a place where they could spiritually enrich themselves with peaceful solitude, education, and religious contemplation. The Abbey prospered and was an important part of the local community, so what happened? Simply put, politics.

The Wrath of Louis XIV

In the first place, the Pope and many other Catholics objected to the Jansenism for many different reasons. In truth, it was a theological debate. They saw Jansenism as heretical and denounced it. Eventually, the Abbess was forced to sign a document condemning it. However, the persecutions continued. In 1709, the Abbey was abolished, and the nuns were removed by force. Two years later, the Abbey was destroyed by order of King Louis XIV. Even the graves at the Abbey's cemetery were exhumed!

King Louis XIV (also known as the Sun King) revoked the Edict of Nantes in 1685. He went on the war path for anyone in France that wasn't Catholic or who he deemed as a threat to both Catholicism and his authority.

The Edict of Nantes was drafted and signed in 1598 by King Henry IV. At that time, the country was in chaos due to the Wars of Religion, chiefly between Protestants and Catholics. Because of the conflicts many people, including innocents, had lost their lives. Therefore, in an effort to bring about peace in the kingdom, the Edict granted religious freedom. 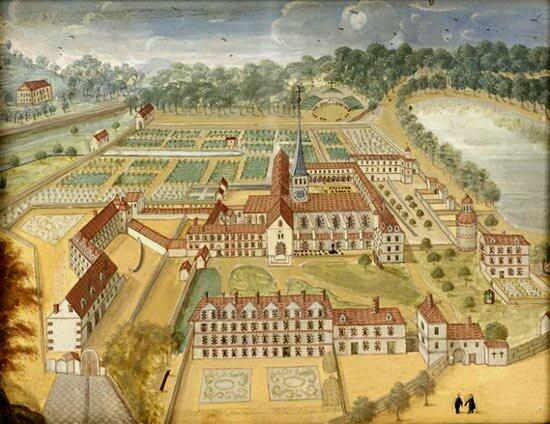 The Museum and Collection

The Museum is situated within the 17th century Baroque style building that was originally used as a school by the nuns. Situated on 30 hectares (74 acres) of land, visitors can also explore the ruins of the Abbey. Also, there is a 13th century dovecote that still remains on the land.

The collection features engravings and paintings from the 17th and 18th centuries that depict religious life in the Abbey. Most notably, the Museum has a series of engravings by Louise-Magdeleine Horthemels (1686-1767) about daily life in the Abbey. The unique works were made in 1709, and it is interesting to note that Horthemels herself was a Jansenist.

A dovecote is a a little building with built in niches for domestic pigeons to nest. It was very common in the Middle Ages to eat both pigeon and pigeon eggs.

Your Visit to the National Museum of Port-Royal de Champs

A visit to the the National Museum of Port-Royal de Champs is a wonderful excuse to get out of the city, and explore another era in French history!

How to get there

If you are traveling from Paris, the Museum recommends that you take the following route:

Follow the bike path to the roundabout for 200 meters, turn left on the D91, then take the first driveway on the right (Route des Granges). It should take you ten minutes to reach the front entrance of the Museum!

Free Entry with the Paris Pass!
Tags
Attractions Outside of Paris
Previous post